What is family reunification? 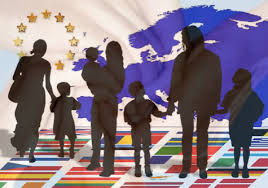 The regrouping is a right of foreigners living in Spain recognized by the law.

You may apply when you have resided for a year and have authorization to reside for at least another year.

Who can benefit from family reunification?

Foreigners who legally reside in Spain may regroup with them relatives, according to the requirements provided for it.

Foreigners who had acquired the residence by virtue of a previous regrouping may, also, exercise the right to regroup their own relatives,

and prove to meet the requirements laid down in the law.

In the case of regrouped ascendants; they may only exercise, the right of family reunification after obtaining the status of permanent residents and accredited economic solvency.

Exceptionally, the regrouped ascendant who is in charge of a minor or incapacitated child may also exercise the right of regrouping in the terms arranged in the immigration rules.

At Eban Abogados We do everything for you

We take care of all the steps before the immigration authorities so that your family can live with you in Spain in the shortest possible time.